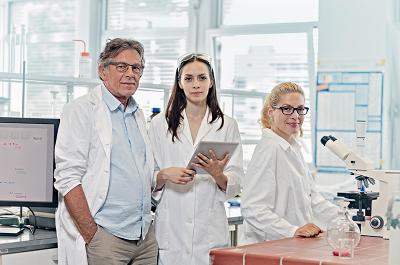 The Pennsylvania Biotechnology Center (PABC) is a nonprofit life sciences incubator-accelerator, offering state-of-the-art laboratory and office space to early stage biotech companies, as well as to two nonprofits: the Hepatitis B Foundation and its research arm, the Baruch S. Blumberg Institute.  Managed by the Baruch S. Blumberg Institute and led by a board appointed by the Hepatitis B Foundation, the PABC is home to more than 40 small to mid-size science, research and pharmaceutical companies. The center has more than 75 member companies.

The PABC uses a highly successful services-based approach to nurture and guide our member companies to success, as we seek to advance biotechnology, maximize synergies between nonprofit scientists and their commercial colleagues, and launch new ideas and discoveries that will make a difference.

Located in the center of the pharma belt between North Jersey and Philadelphia, the PABC was named one of the most successful biotechnology incubators in the country, according to an independent study in 2018. Click here to learn more.

“I have been to many life sciences incubators over the years and none have the talent and energy that I found at PABC.  They are certainly one of the best in the country and their track record speaks for itself.”