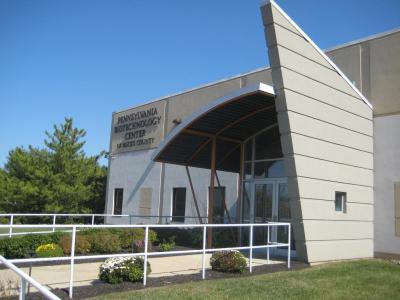 In 2001, former Pennsylvania Governor Mark Schweiker awarded $7.9 million to the Hepatitis B Foundation towards the development of a biotechnology center in Bucks County, Pennsylvania – the first of its kind. As his last official act in office, the state award represented an enormous opportunity to stimulate the biotechnology community, fostering an environment where new companies and ideas can develop, and relationships built.

The project initially included the purchase of an empty 62,000 square foot warehouse. The building, which once employed more than 100 workers, was renovated to create state-of-the-art research labs and offices to house nonprofit research organizations and biotech companies under one roof. By using an existing structure, the need for new construction was avoided and spared almost 10 acres of open space from further development. Over the years, two more buildings were purchased on site for a total of 110,00 square feet.

The Center is truly unique with its wealth of resources and core group of nonprofit scientists and educators motivated to work collaboratively with their commercial colleagues on common research themes.

The Pennsylvania Biotechnology Center of Bucks County is managed by the Baruch S. Blumberg Institute.