Construction on our newest building and associated improvements to our campus, a $20 million project, is complete! The new office and lab space is fully occupied by PABC-member companies and staff with the Blumberg Institute and Hepatitis B Foundation. (Updated April 18, 2022)

The rectangular, two-story building will provide 15,000 square feet of new laboratory space and a more welcoming main entrance to the center, plus additional offices, conference rooms and a 200-seat event space.

To help cover the nearly $20 million cost, the PABC has received more than $4.4 million in funding from the Commonwealth of Pennsylvania and a $4.7 million grant from the U.S. Economic Development Agency for the expansion. The most recent state grant, which was announced Aug. 28, will fund renovation of existing space to add research and training labs plus new offices to be used for R&D associated with COVID-19.

The PABC is managed by the Baruch S. Blumberg Institute, which is the research arm of the Hepatitis B Foundation. Both are nonprofits located in the center.

More than 300 highly skilled scientists, staff and students work at the PABC. It is estimated that the expansion will lead to additional jobs at the facility, perhaps greater than 100, plus dozens of new companies and millions of dollars in commercial activity.

The students include Geisinger Commonwealth School of Medicine Masters of Biological Sciences students and a number from area high schools, primarily from the Central Bucks School District.

The PABC, which opened in 2006, is next to the Doylestown Airport in Buckingham Township. The center has more than 70 member companies, 41 of which have operations in the facility. You can read more here.

The addition now under construction will be in the center of the PABC campus. 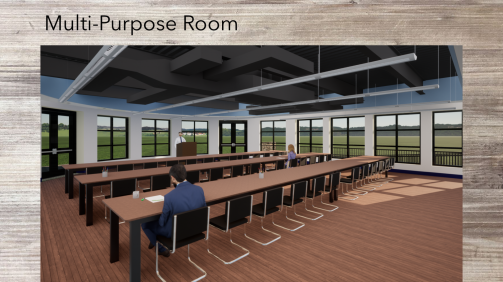 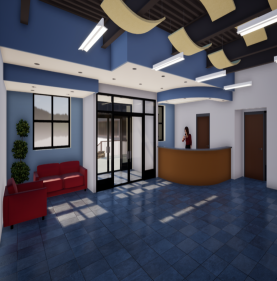 The 200-seat event space and enhanced main foyer in the new building. 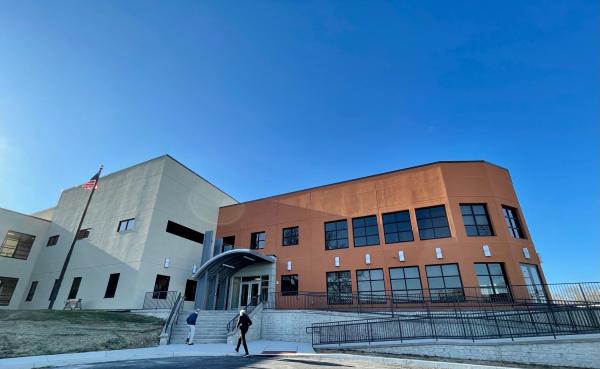 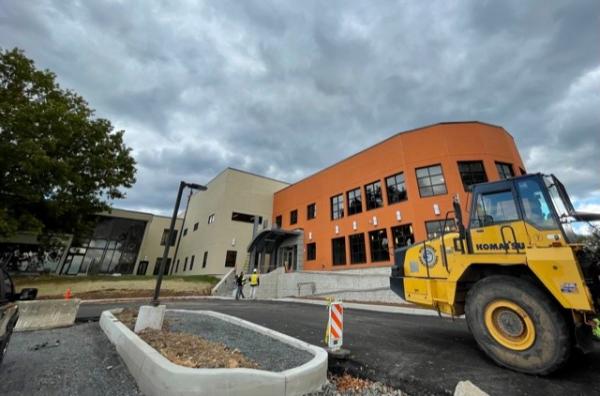 Final touches to the exterior, such as landscaping, lighting and paving, were being made on Oct. 18, when this photo was shot. Move-in day is approaching fast! 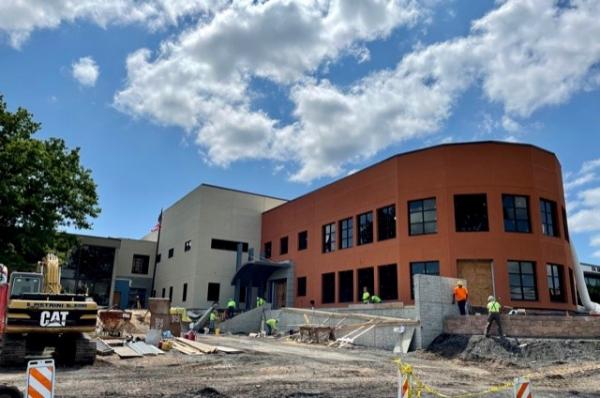 Just two months until completion, this photo was shot Aug. 2.

A crane was brought on site May 26 to lift several HVAC units to the roof. We are on schedule to complete construction in September. 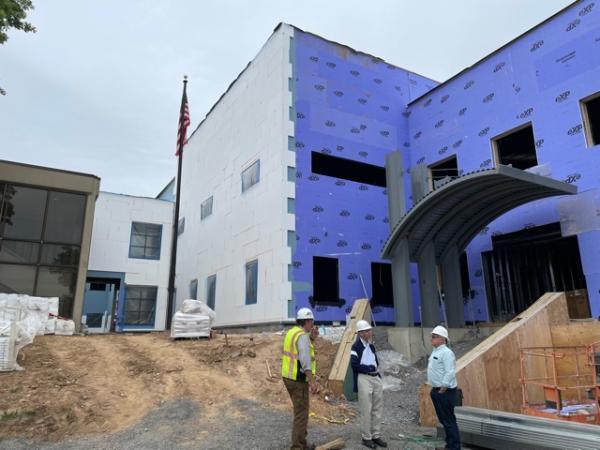 Former Congressman and BIO CEO Jim Greenwood (far right) paid a visit on May 24. Konrad Kroszner (left), director of systems and engineering, and Dr. Timothy Block, PABC president and CEO, took him on a tour. Mr. Greenwood played a major role in creating the PABC, which opened its doors 15 years ago. 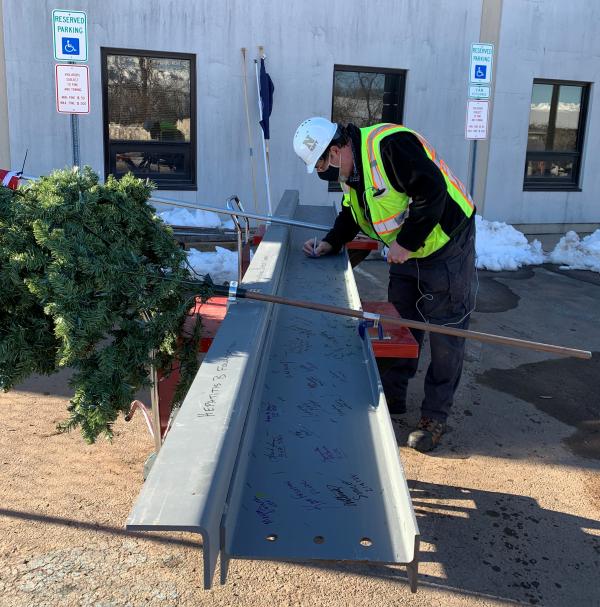 Konrad Kroszner, project manager and the PABC's director of systems and engineering, seen here signing the final beam on Feb. 4.

As is traditional, it was decorated with a Christmas tree and American flag. 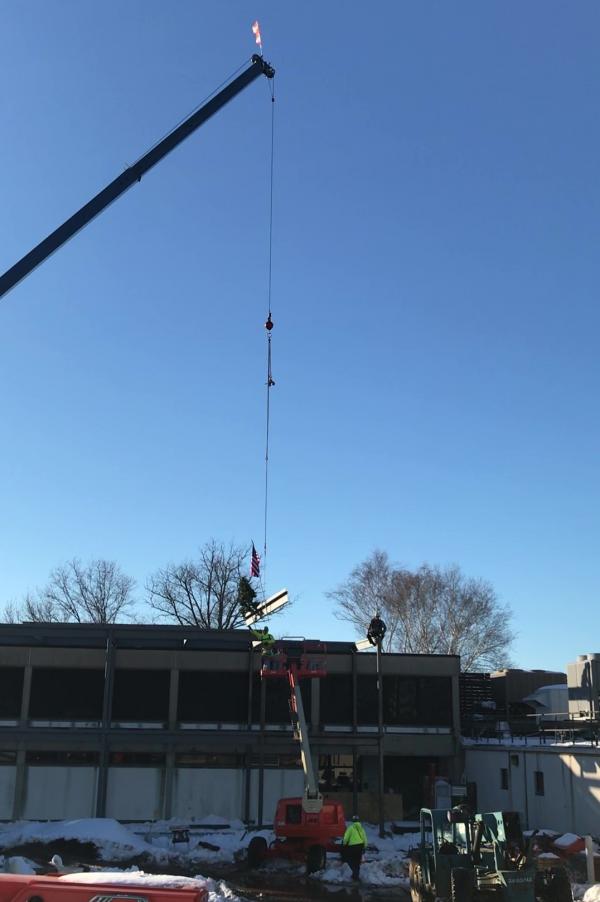 The final beam was lifted and bolted into place shortly before the end of the work day. Thank you to the great folks on the job: Woolf Steel Inc., The Norwood Company, etc. 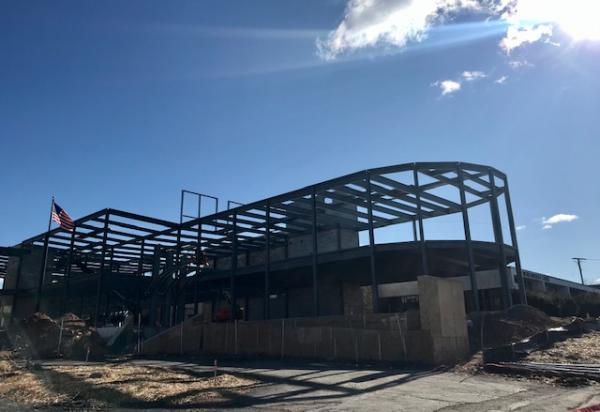 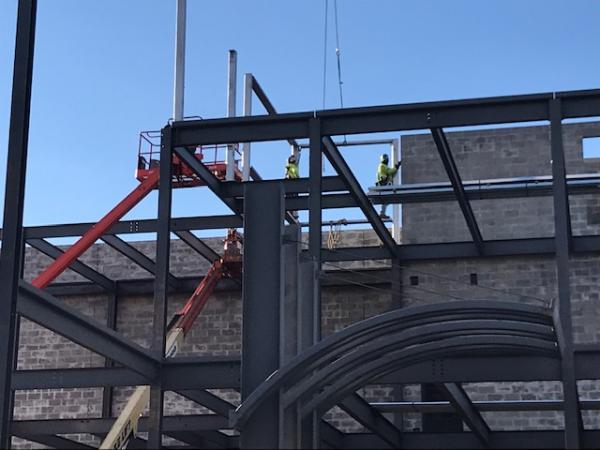 The curved framing is for the roof over the main entrance. 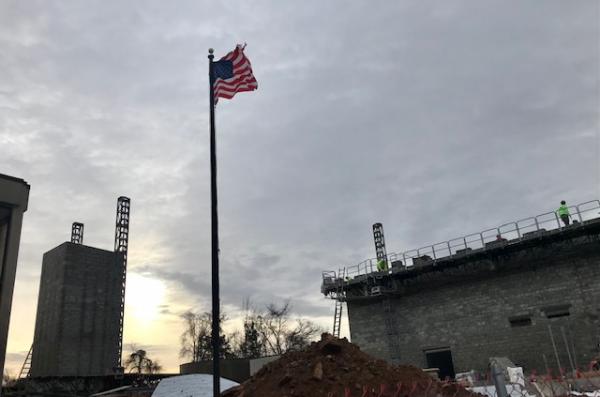 The elevator tower and part of the south wall went up in late December. 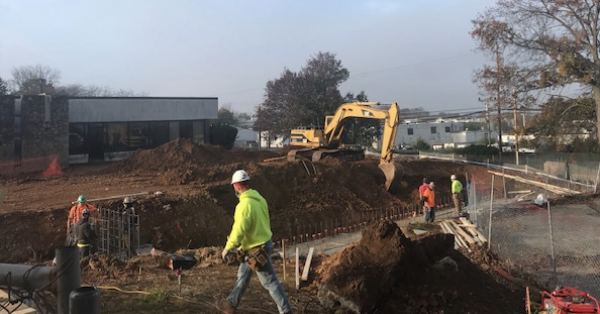 Work on the foundation got underway during the first week of November. 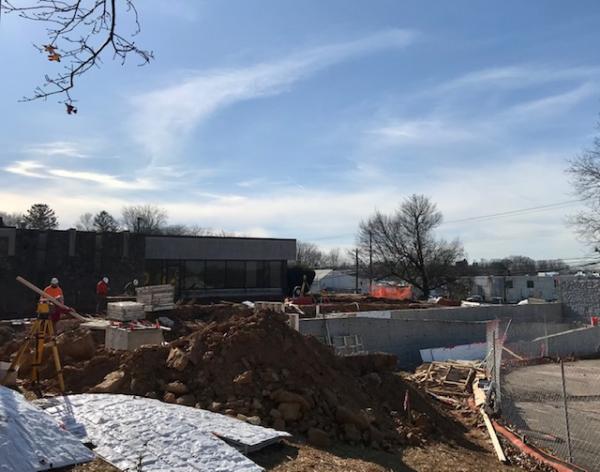 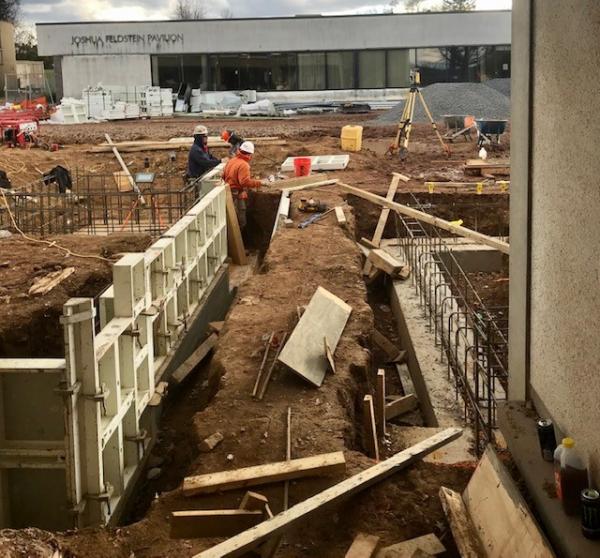 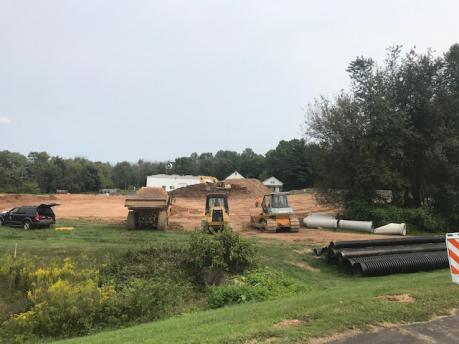 A great deal of earth had to be moved during October to create a new storm water basin. 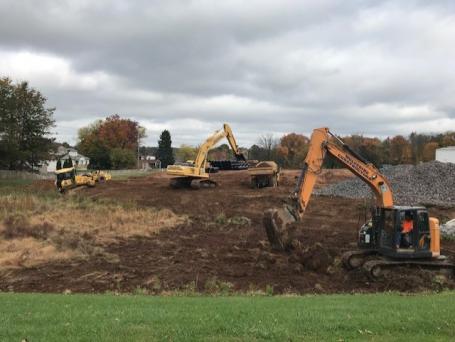 Due to challenges presented by COVID-19, we are postponing the Grand Opening of the Pennsylvania Biotechnology Center’s new laboratory and office building, which was set for Oct. 15.