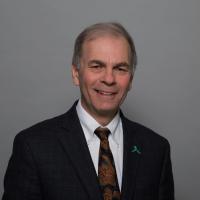 DOYLESTOWN, PA (Nov. 8, 2019): Timothy M. Block, PhD, has been named to the Philadelphia Business Journal’s Power 100, a guide to the region’s most influential people.  Dr. Block is President and Founder of the Pennsylvania Biotechnology Center, the national Hepatitis B Foundation, and its research arm, the Baruch S. Blumberg Institute, located in Doylestown, PA.

The annual Power 100 list is compiled by the Philadelphia Business Journal editorial team, and highlights those individuals that are making the biggest impact on the region. Dr. Block is being recognized for envisioning and creating the nonprofit Pennsylvania Biotechnology Center (PABC) in 2006, and growing it into a home for nearly 50 companies, employing hundreds of scientists in our region. PABC’s unique nonprofit business model provides a nurturing environment to help small life sciences startups develop into successful companies. Today, the companies at PABC are collectively valued at more than $1.5 billion. PABC was named one of the most successful biotechnology incubators in the country according to an independent study conducted in 2018.

Under Dr. Block’s leadership, PABC has experienced an explosion of growth in recent years. The Center is launching a major expansion effort at their Doylestown location, slated to break ground by the end of 2019, which will add an additional 40,000 square feet of space, including laboratories, office space , an auditorium, and a new “accelerator” for start up companies. It is expected to create 100 new jobs at the facility. The expansion will include the creation of the Hatch BioAccelerator, a program for a limited number of select concept-stage companies, providing office and laboratory space, mentoring, consultation, and advisory services, in addition to access to the supportive entrepreneurial ecosystem of the Center.

The Center also recently partnered with Discovery Labs in King of Prussia to launch IQ Connect, a 100,000-square-foot business incubator and laboratory, which will bring together researchers, entrepreneurs and product development startups, along with human resources, venture capital, investment banking and other business services to pursue discovery and development of transformative scientific, life sciences, tech-enabled industrial, venture and consumer products. IQ Connect will be managed by Pennsylvania Biotechnology Center, and is expected to open by early 2020.

Dr. Block co-founded the national Hepatitis B Foundation in 1991 to provide education, outreach and support for people living with chronic hepatitis B. He has been involved in viral hepatitis research for more than 30 years as a member of the faculty at Thomas Jefferson University (1984-2005) and Drexel University School of Medicine (2005-2015), and co-founded the Baruch S. Blumberg Institute in 2003 to fulfill the research mission of the Hepatitis B Foundation. He is also Adjunct Professor, Geisinger Commonwealth and University of Pennsylvania School of Medicine. He has received numerous honors, including an honorary Medical Degree from the Bulgarian National Academy, elected Fellow, American Association for the Advancement of Science, of the Glycobiology Institute of the University of Oxford, and the National Academy of Inventors.  He holds more than 20 patents, co-authored more than 250 scholarly papers, and was named a “Visionary in Hepatitis” by the World Hepatitis Alliance in 2017.